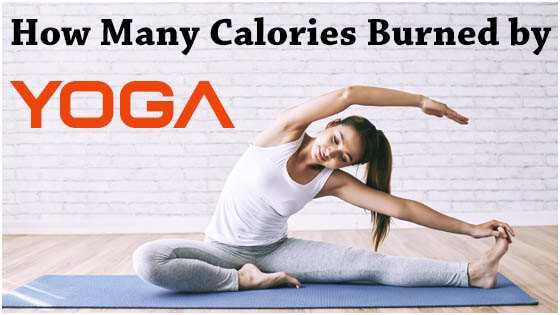 Yoga is an ancient practice that brims with several health benefits but is it actually good for weight loss?? Yoga is a practice that incorporates strength, balance, endurance, and flexibility. So, whether you are looking to lose weight, improve your mental wellbeing, reduce stress, just getting into a healthy lifestyle yoga has the perfect remedy for you. Yoga is one of the oldest forms of wellness a one can definitely shed some pounds but it also depends on your daily calorie intake and your calorie expenditure. If you do not burn excess calories it gets stored in your body in the form of fat so how can yoga help you in burning those extra calories and get you back in shape.

How many calories burned by yoga??

Let’s get into the details that which form of yoga help you feel the burn and lose more calories.

Vinyasa yoga incorporates the smooth transition from one yoga pose to another in the synchronization of your breath. This steady transition from one yoga poses to another in a fast pace. This form of yoga helps to burn the highest number of calories in comparison to any other form of yoga. Rishikesh Yog mandir offers 200-hour vinyasa yoga teacher training in Rishikesh that will help in burning calorie at a much faster pace. Vinyasa yoga is an ultimate full-body yoga workout that not only builds heat and builds endurance and also offers cardiovascular benefits through its continuous and rapid transition.

One of the classical forms of yoga hatha yoga is a slow pace, gentle form of yoga and is more appropriate for the practitioner who is a beginner and wants a more relaxed approach. In this style of yoga, you have to hold the poses for a longer duration. Even though hatha yoga is a slower paced yoga still it helps in burning calories as one has to hold the pose for the extended period of time that requires a great deal of strength. On an average one-hour class of hatha yoga help in burning approximately 150 to 210 calories.

Hot yoga is a type of power yoga practiced in a hot room. This form of yoga incorporates yoga practice in a heated room that elevates your heart rate, improves blood circulation, makes your body work harder and burn calories. Also, the increased heated room makes your body sweat that also helps in detoxification of the body by flushing out toxins from the body. So if you are looking for some serious burn hot yoga should be in your list.

Which yoga pose help you in burning calories

One of the most effective poses in yoga sun salutation is a set of 12 powerful yoga poses. It is a series of yoga posture when done in a correct manner works on each and every part of the body. Sun salutation when done in a moderate pace act as great cardiovascular exercise. Practicing Surya namaskar engage all the major muscles of the body including core, glutes, shoulder, bicep and triceps and as per studies, it can help in burning 227 calories in an hour.

Plank pose help in burning major calories as it engages major muscle group of the body such as abs, glutes, shoulder as your body resist the gravity.

Bow pose is another incredible pose that helps in burning calories. Dhanurasana engages the muscles of your stomach while strengthening your legs and arms.  It massages your abdominal organs that help in improving digestion and help in managing weight.