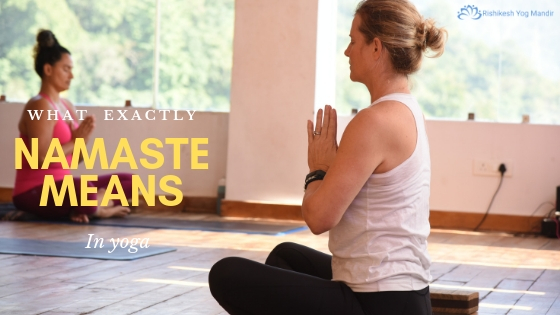 Sometimes we fail to understand the simplest of gestures that have a powerful meaning hidden inside their essence. Namaste is one such gesture that holds massive importance is of great significance in Yoga as well as other rituals. Most Yoga training classes conclude the practice by saying Namaste that reflects the belief that there is a divine spark within each of us that is located in the Heart Chakra.

If you want to know the meaning of Namaste, then you have to break the word into two parts: Namah and te. Namah refers to the translated form of “to bow” while the root te means “to you.” What Sanskrit says is that Namaste represents the phrase “the light in me bows to the same light within you.” Thus Namaste is a form of saying hello while Namaste in Yoga has a more elaborated form. It is like you are acknowledging your teacher and offering gratitude for teaching you the practice.

The spiritual meaning of Namaste 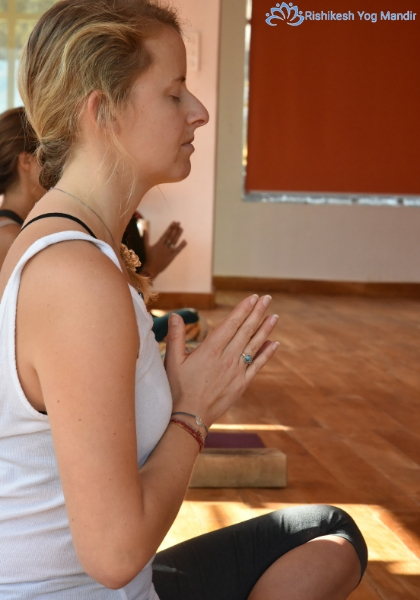 Namaste is all about spreading positive aura all around. It creates vibrations to the one receiving the gesture hence creates a loop of bliss to pass the positive energy. While saying Namaskar, it is believed that the chakras are said to connect and the heart centres. Namaste is quite versatile than you know. It is used to seek forgiveness and is polite to use when accepting wrongdoing. See how a small word carries a multitude of meanings.

Things to remember while you say Namaste

The meaning of Namaste Yoga has a lot to do than the regular Namaste greetings. If you want to benefit from the word Namaste, then you have to consider a lot of things. For one, you have to create a ring of spiritual connection while saying Namaste so only say so when you mean it positively.

Secondly, don’t try to make any sort of physical contact. If you want to create an entirely positive aura, then physical contact should be avoided as it is believed that negativity can pass on through physical contact. Lastly, remember to place your fingertips gently together and simply graze the fingertip pattern, shape, and texture.

Saying Namaste isn’t rocket science until you make it so. The word itself means that “the divine in me honors the divine in you” so say Namaste when you mean it. Spread a circle of positivity, and you will see things getting better in your life.

Also read: The meaning behind the OM yoga symbol